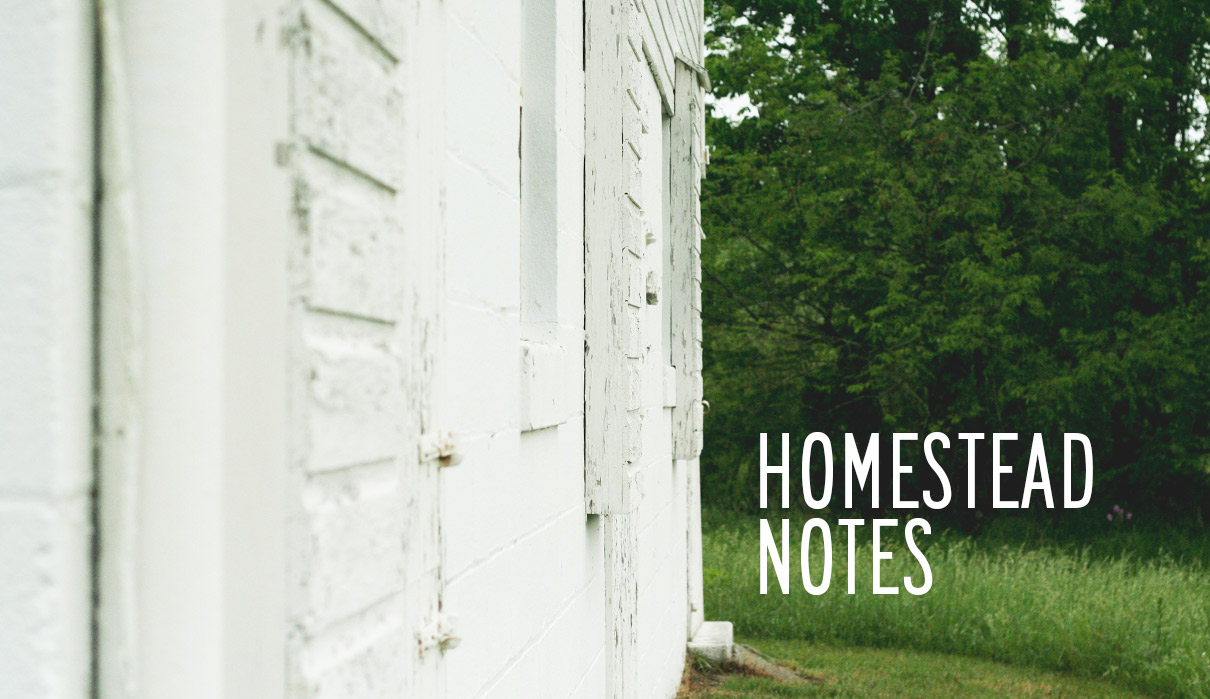 We’re still plugging away at Project Homestead. It’s hard to know where to start with an update due to the amount of time that has passed since my last post and so much has happened since then.

So first off, we were a bit ambitious thinking that we’d be ready to start construction in July. Andrew’s Mom was being nice and didn’t say anything at the time, though she was thinking – “uh, yeah right.” :) Andrew’s parents built their home years ago, so they know from experience what it’s like.

Because the property and structures are old, there are a lot of hoops to jump through in order to make this happen and parcel off the property while bringing it up to code. And this is the vortex in where we’re stuck at the moment.

So this is what we’re dealing with. Our plan was to parcel off two, 2-acre plots from Andrew’s parent’s property. On one of the 2-acre plots would be the barn we’re converting, a pole barn and a detached garage with apartment space above that Andrew’s Dad and brother currently use as office space. The other plot would have the farmhouse which we currently live in. This multiple lot split is necessary because you can’t have multiple dwellings on one parcel.

In order to create any new parcels, the rules require that the newly created parcels be brought up to the current building code and zoning laws. Obviously, all the structures are already there and have been there for years, so there are some things we’d have to request variances for – for example, the current zoning law requires any dwelling to be a certain minimum distance from the road. The barn is too close, but there’s nothing we can do about that, so we can request a variance. Technically, we don’t have to request variances but our property would then be classified as “non-compliant” which could effect the bank loan process.

I won’t go into all the requirements of the building code and zoning laws because honestly, I don’t know them and we learn about new ones every step of the way.

The first step to getting the lot splits done was hiring a surveying company to mark off the plot, and draw up the plans to submit to various departments for review and approval. This ended up taking almost three times as long as it was supposed to take, which we weren’t too happy about. The company we hired was having staffing issues, something we were unaware of until we started causing a fuss. It was getting to the point where no one was responding to our emails or returning our calls. We wondered if it was actually going to get done and if we had thrown money down the drain. But, alas, that part is done and we have the plans for the lot split in hand. Step one, done.

The surveying company gave us a somewhat vague list of things that then needed to be done before actually getting this thing on record as officially split. This was the list:

So, keep in mind, we’ve never done this before. We are leaning heavily on the people at these departments to tell us what is necessary to get this done.

What We’re Working With

The structures on the lot splits are currently on septic systems, so our next step (we thought) was going to the health department. What a disaster.

When we called the health department and told them the situation, they said we needed a soil test to ensure there would be enough space on each plot to put in new systems in the case that the current septic systems failed. Our plan was that the barn would tie into the sewer line and the other two would stay on septic. We thought the farmhouse and garage couldn’t tie into the sewer system because they would have been required to when Andrew’s parent’s house was tied in years ago since they are all currently on the same plot. They guy we spoke to at the health department specifically asked about the sewer and told us it wasn’t accessible to the farmhouse or the garage but would be fine for the barn to tie in. So, we went ahead and spent $500 on a soil test.

After that was done (which took a couple weeks) we went back to the health department and spoke to a different person about what we needed to submit to finally get this thing going. She then told us that we didn’t need the soil test at all! In fact, the farmhouse and the garage would be required to tie into the sewer system! She had called the department of sanitary engineers and confirmed that they could and would be required to tied in and was confused as to why they hadn’t already been. What?! My head about exploded at that point. Why hadn’t the first person told us this? After much inquiry, it turns out that the first person we spoke to was answering a “general” question and didn’t look into our specific situation despite telling us that we needed to have this test done and was not actually certain about tying into the sewer system.

So not only did we waste $500 but now we have to account for the cost of tying three different structures into the sewer system which is many, many, many dollars. Ugh.

Feeling All the Feels

Talk about the ultimate frustration. Wanting to get something done and being told every step of the way from these departments that there is another step that we weren’t told about and costs we didn’t account for. The general answer we get whenever we ask about the steps of getting this done or the cost of getting them done, is that every situation is unique and basically there are no steps and they can’t give us a cost because, “well, it depends.”

Moving forward, we realize that we can’t rely on anyone to tell us what the next steps are. We need to make sure that every step of the way we’re asking, “Why”? Why do we need to contact this department? Why do we need to have this or that done? What info are we getting from them or supplying them? Is there anything else we need to determine before this step? What happens after we do this step? My hope is that if we do this, we may be able able to avoid wasted time and wasted money. Though in the case of the soil test, I wholeheartedly blame the dude at the health department for not knowing what the hell he was talking about.

There are so many departments we are dealing with, all of which don’t talk to one another. Heck, the people WITHIN the departments themselves don’t talk to each other. And it’s difficult to even get the same person on the phone again. Okay, rant over.

On a Positive Note

In the meantime, we’re still working on the actual house plans. We’ve gone back and forth more than a few times and despite our restlessness to just get moving and finally live in the thing – we obviously don’t want to rush it. It’s a tricky space to work with. The footprint of the barn structure isn’t very large by the standards of most newly built suburban homes, which is fine with us. And it’s really, really tall. So we’ve had to figure out a way to make the most of the space we have to work with. Plus, there are a lot of structural elements we have to work around and we’re trying to strike a balance between how much barn look we want to keep. We are also trying to take into consideration things like, aging in place or the fact that my younger sister who is in a wheelchair will most likely live with us someday and possibly my parents too. But I think we’re almost there and our latest iteration feels really good to both of us. I’ll write more about that process later since this has become a small novel already.

Hopefully, I’ll have better news in our next update! And hopefully, it’s not months from now :)