40 Days of Being Active 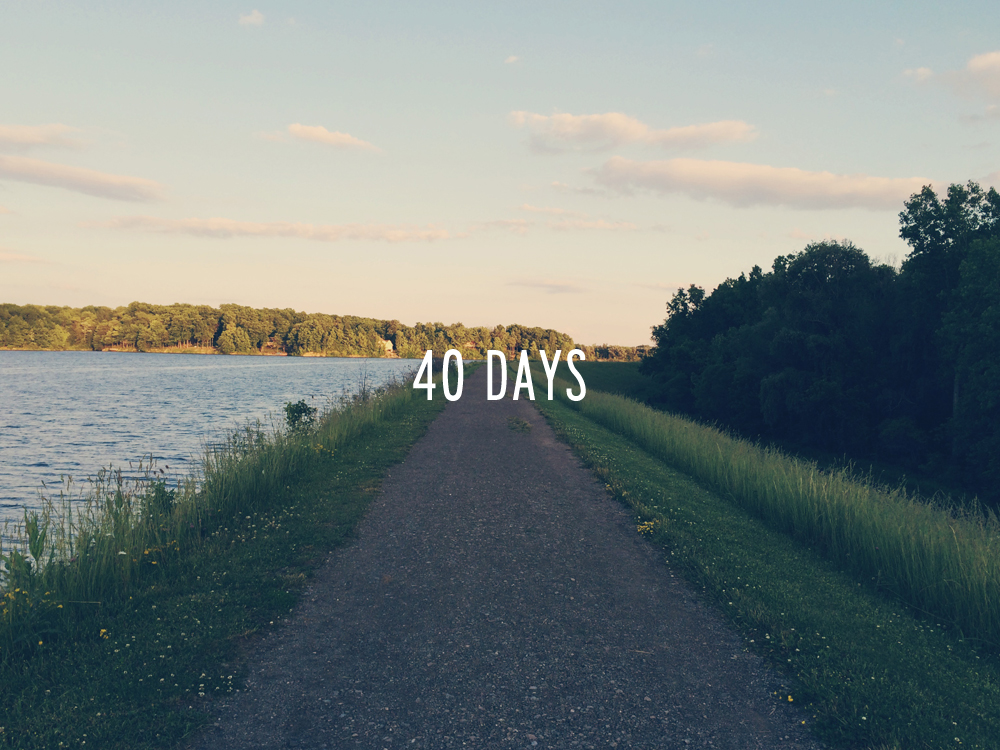 At the end of 2013, as part of my creative coaching session with Kathleen of Braid Creative I did a 40 day commitment to one aspect of my dream day. I chose waking up earlier. I had been craving some alone time to do productive work (mainly writing and creating) and the early morning hours were my only viable option. So, I made the commitment to wake up earlier – even if it was only 10 minutes. And now, almost six months later, I consistently wake up at least an hour and a half earlier than I had been before the 40 day commitment.

Because that technique seemed to work really well for me, I decided to use it to tackle another aspect of my life that I’ve been wanting to change for a long time with the goal of making it a routine:

I decided to make a daily commitment to being active for 40 days straight.

I know that might not sound like a huge undertaking for some people. It’s not that I don’t enjoy being active. I’ve lived a relatively active life, from being a tangled haired kid that just wanted to be outside all the time, to running and doing high-jump on the track and field team in junior high, to playing volleyball (terribly) in high school, to living in NYC where walking everywhere was a way of life, having a memberships at the gym/rec center/city pool and morning swims before work, taking dance and yoga classes; I’ve been consistent in the fact that I was always doing a little bit of something here and there. However, now that I’m navigating life with a family, I have a lot of other commitments to fit into my already jam packed days. Gone are my young, single, childless days of going to the gym or pool in the morning with my co-workers (a routine I miss immensely, xoxo Chandra!) and sauntering into work at 11am in midtown Manhattan with an iced coffee and a bagel with cream cheese. What a life, ha! Seems like ages ago.

I heard a story on NPR the other day about the man who holds the United States record for the longest running streak. He ran every single day since May 26th, 1969. That’s 16,438 days! The thing that is interesting is that he didn’t set out to be the record holder. He was motivated by a friend who ran every day for a year. So he set out to do that. And ended up just sticking with it. I don’t plan on breaking any records, but I’m goal oriented so having the arbitrary number of 40 Days to aim for has helped.

Here are some other things that helped me through:

I really prefer to get exercise through activities that are inherently physically demanding or that are enhancing some sort of skill or are productive beyond fitness for fitness sake — like dancing, working outdoors, hiking, yoga, sports,  etc. Unfortunately, working a desk job requires none of those things. One of the biggest benefits of this 40 days has been that it’s given me time to learn what works for me, what keeps me motivated and what I can fit into my schedule so I can get into a routine that I look forward to and ultimately can stick to.

I’m currently planning my next 40 Days and brainstorming the next routine I want to tackle. Anyone care to join me? If you had to commit to 40 days to build a routine, what would it be?

*Full disclosure: I did intentionally give myself a few rest days where I only did stretches so as to not injure myself while easing into running on a regular basis.