On Creativity, On Family, Uncategorized 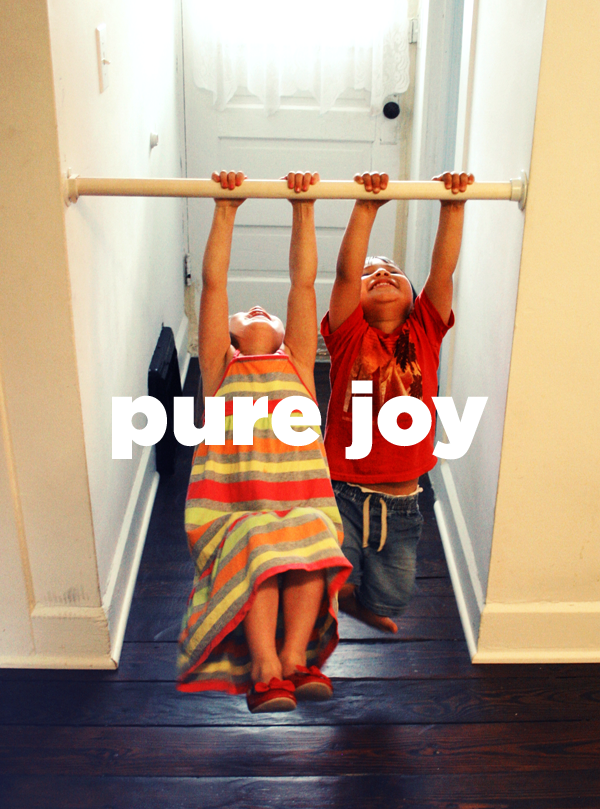 Sometimes, it’s the simple things that make kids the happiest. Awhile ago, we noticed Quil had started hanging on the edge of our kitchen table. His little fingers gripped the edge while he hung suspended in a seated position about four inches from the floor. He would swing for about five seconds before he couldn’t hold on any longer. He seemed to enjoy it so much that Andrew decided to install a swinging bar in our hallway using closet hardware and a big wooden dowel.
Our three biggest considerations were that it had to be safe, removable and simple enough that Quil could set it up himself.
To keep it safe, we left it close enough to the ground that he if he were to slip and fall, he would still be able to land on his feet.
Also, in our initial attempt we realized that the bar had a tendency to spin as Quil was swinging which would cause him to fall if he didn’t have a super tight grip. To remedy this, Andrew drilled a hole in the dowel and put a peg into the hole. He then drilled a hole for this peg to rest in the bottom of the open-ended brace, as seen in the photo below. This keeps the dowel from moving around within the hardware. 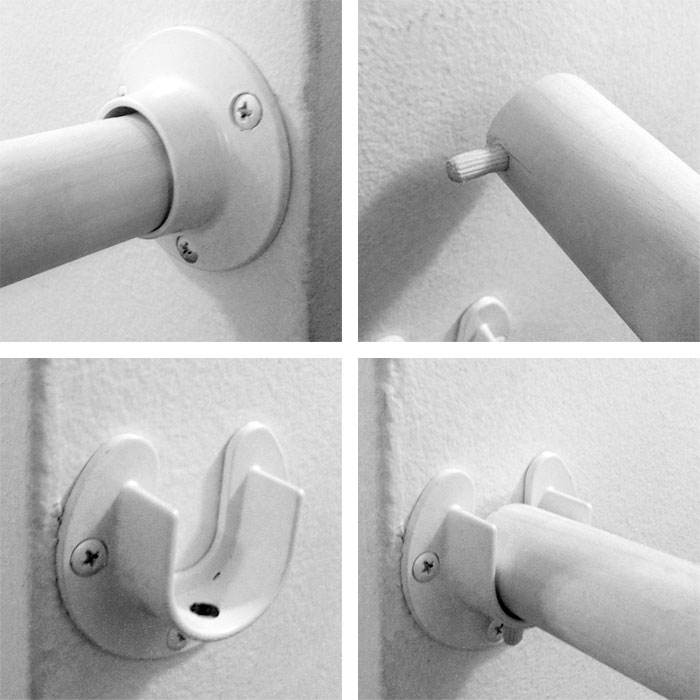 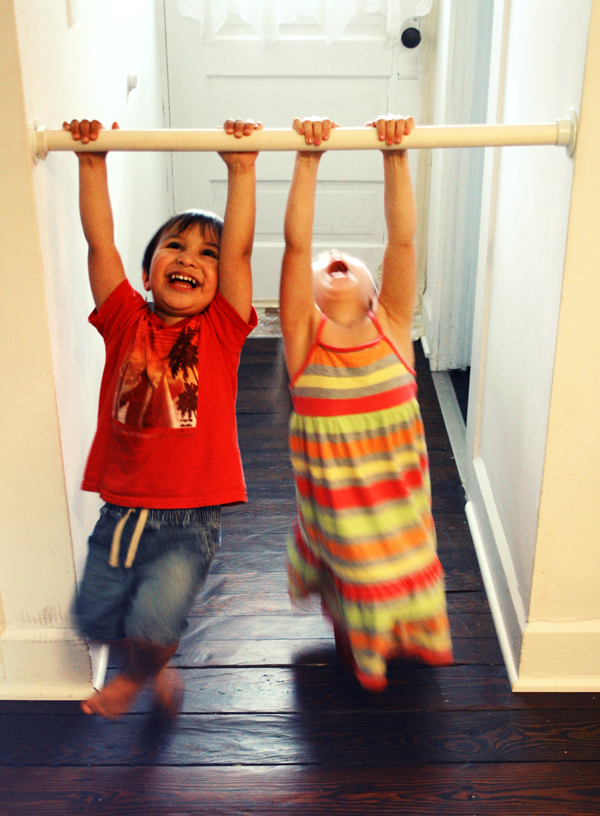 A few things to note if you decide to try this yourself. Make sure you use a dowel rod that is not too thick for your child’s grip, but is still strong enough to hold their weight. You want them to be able to hold it comfortably, but still need it to be strong. We only recommend doing this in a narrow-ish hallway. If the distance is too far apart, it might put too much strain and cause your dowel to break.
xo,
c.
Tags: Activity, Family, Home Goods, Kids, Living/Working Space