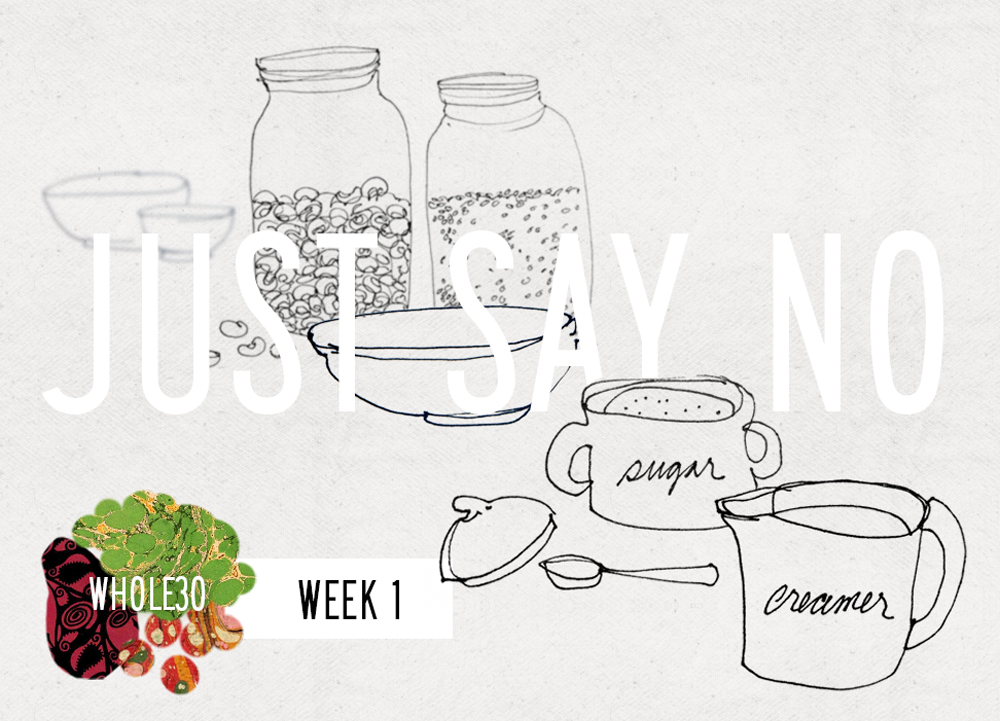 So, I made it through the first week of the Whoel30! So far, so good.

The last two days I’ve been exhausted. Luckily, it was the weekend because I took some serious naps, one of which followed an extremely bad stomach ache after lunch yesterday. However, according to the Whole30 timeline these are normal reactions as the body starts to adjust to not being able to rely on easy access energy sources (aka sugar). I believe the stomach ache could have been from my increase in fat intake, which I’ll be monitoring moving forward. There IS such a thing as too many avocados and too much coconut oil!

Other than those couple things, overall, I feel pretty good. My cravings weren’t as bad as I thought they would be, though I also think that I entered into the Whole30 mentally prepared and emotionally ready. I’m finding that the difficulty isn’t so much in feeling hungry, the difficulty lies in the lack of convenience. There are plenty of snacks that are quick and easy, like fruit or nuts. But meals have to be prepared and planned, something that doesn’t come easy to me. I’ve remedied this by having a standby breakfast and by making big batch, one-pot meals in the slow cooker so I have large quantities of prepared food to bring to work for lunch or to heat up when I get home from work. Andrew has been super supportive and even helped prepare my separate meals on top of the meals he already makes for himself and the kids.

It also helps that our lettuce beds totally exploded with growth the past week. Salad for days. 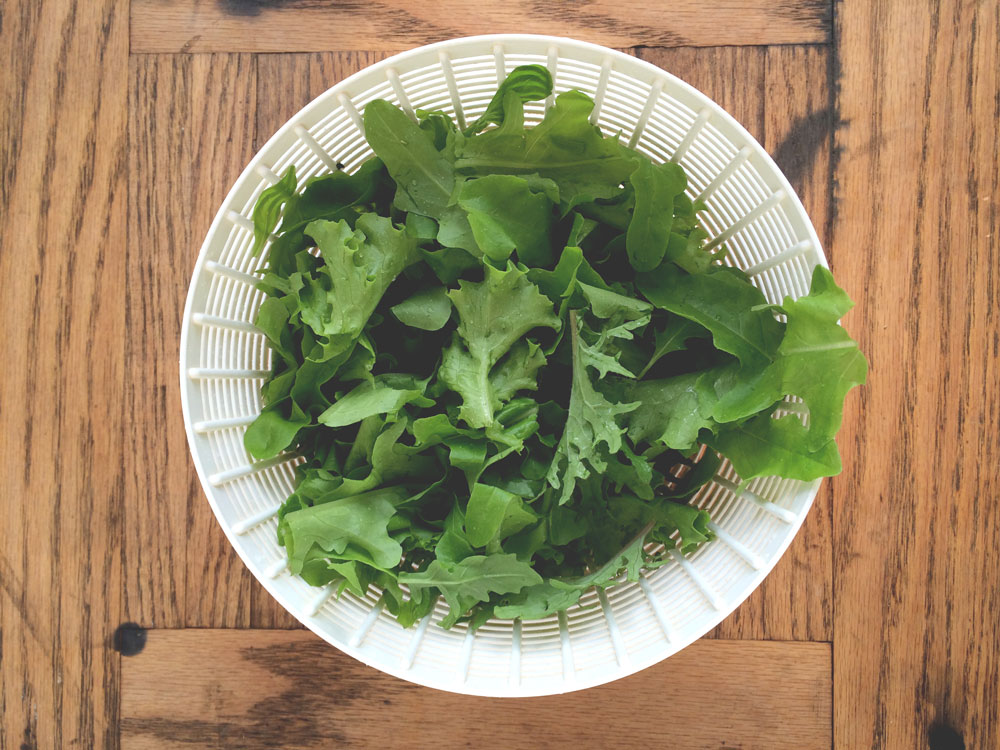 This weekend was actually a really great test of will power since my family was in town, which means big family meals usually consisting of delicious things and most definitely desserts. So instead of partaking in the usual fare (which normally isn’t too unhealthy, with the exception of desserts) I had to come prepared with my own food and snacks since our hang outs span mealtime and all the time between! Luckily, most of the time was spent either at our house or my sister’s house, so it wasn’t too difficult to just throw something together or bring leftovers from home. I have yet to eat out in a restaurant, which I imagine will prove to be somewhat difficult.

One other minor inconvenience is that gum and mints aren’t allowed on the Whole30. So I have to bring my toothbrush and toothpaste to work! I know some people do this regularly, but it’s a new thing for me.

One of the biggest changes I’ve noticed is that I’m not nearly as puffy in my face/neck/chest area as I normally am. I also notice less bloating in my belly after eating. On Day 4 I went for a run and it was probably the best I’ve felt running in the past eight weeks. But then I went running on Day 6 and couldn’t even finish my run because I was so exhausted.

I’ve felt a surprising mental clarity the last few days. One of my biggest worries was that I wouldn’t be able to function mentally because I would be so hungry (and hangry) but that hasn’t been the case. With the exception of the two days of exhaustion I had this weekend, I haven’t been having midday crashes where I can barely keep my eyes open. Overall, I’ve been in good spirits with only a few moments of “what the hell am I doing?” breaking through my generally positive outlook.

The first couple days I had strange dreams of eating non-Whole30 approved things like sandwiches and stacks of snickerdoodles, totally by accident, forgetting that I was doing the Whole30 and only just remembering as I was finishing eating. I could actually feel the sugar grinding between my teeth during the cookie dream. If that’s not a sign that my sugar addiction is trying to get me to eat sugar, then I don’t know what is!

Sometimes it feels like all I eat are eggs. They are just too easy to make, unlike their other protein counterparts. But I have made a few new dishes that I thoroughly enjoyed and that weren’t too difficult to prepare. Luckily, I have a good friend who raises chickens and can provide me with amazing farm fresh eggs: 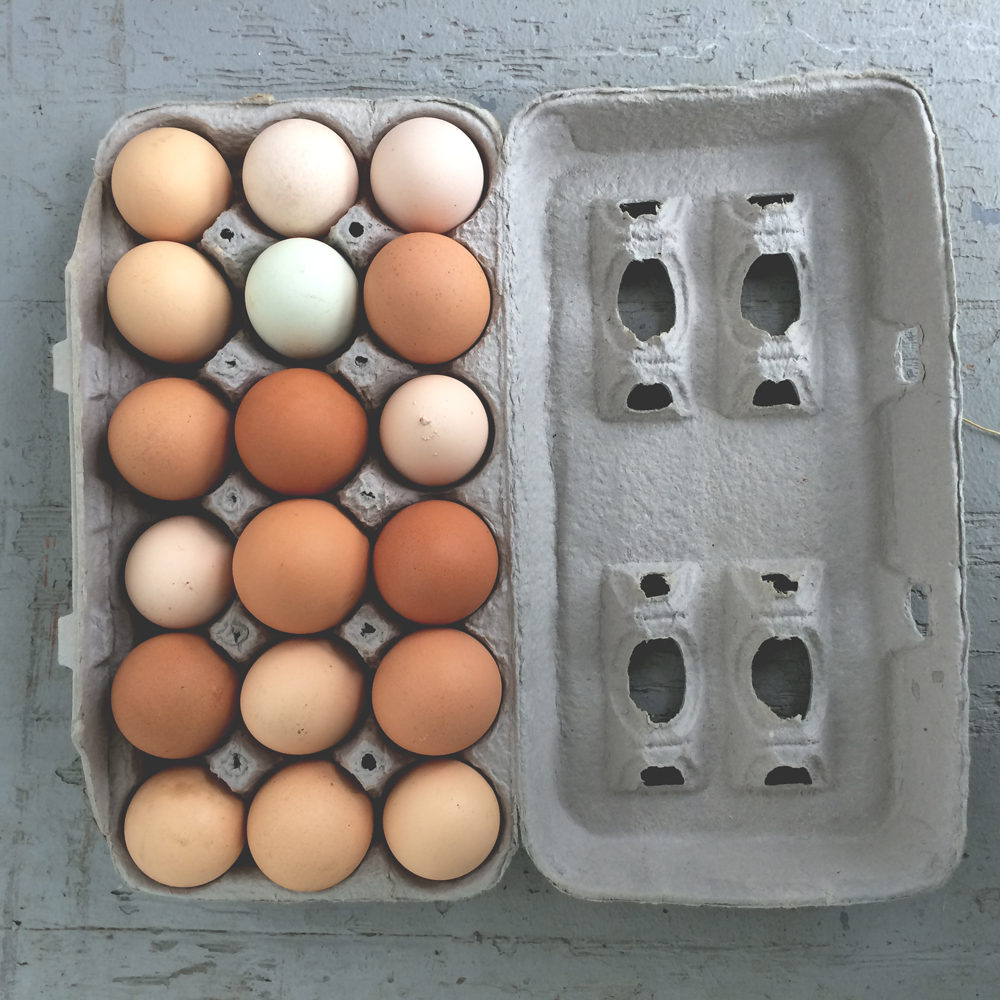 This is what my breakfasts look like. Mainly, eggs, veggies and coffee. If you missed my previous post, I wrote a bit on a recipe I found for Whole30: Non-Dairy Creamer. 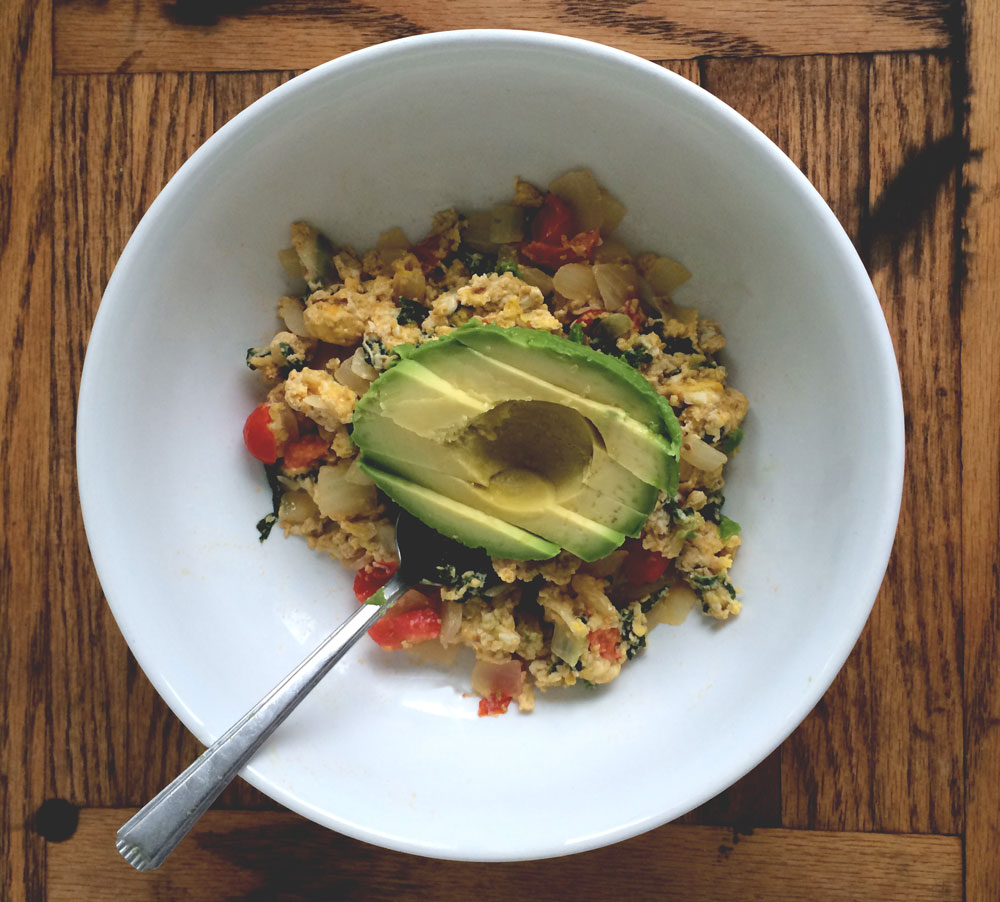 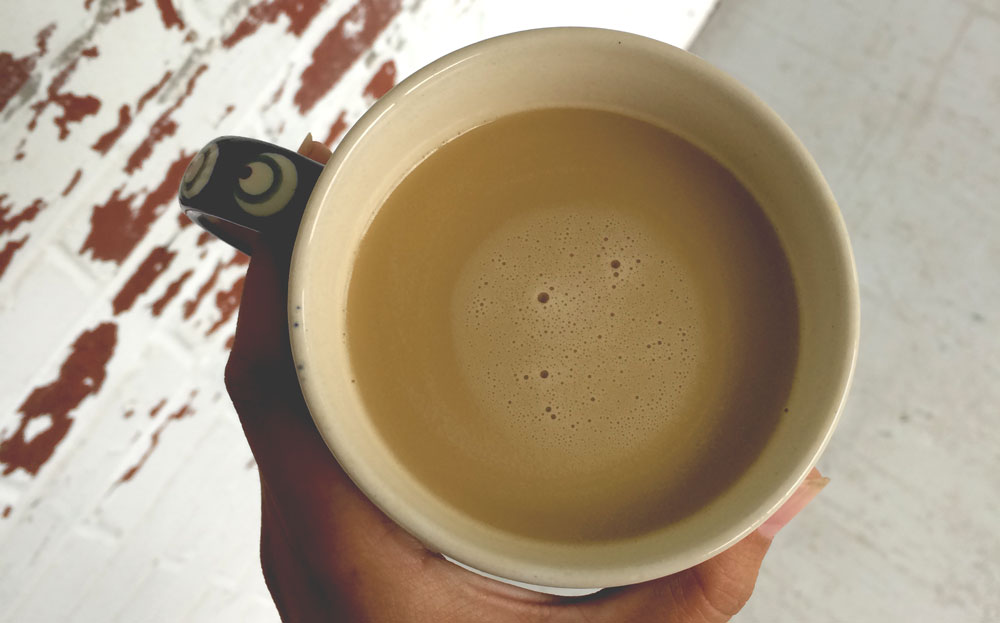 This week I’ll post more about a couple recipes I’ve found that are Whole30 approved and easy to make. Stay tuned!

Have any questions about my personal experience so far? Feel free to leave a comment below!