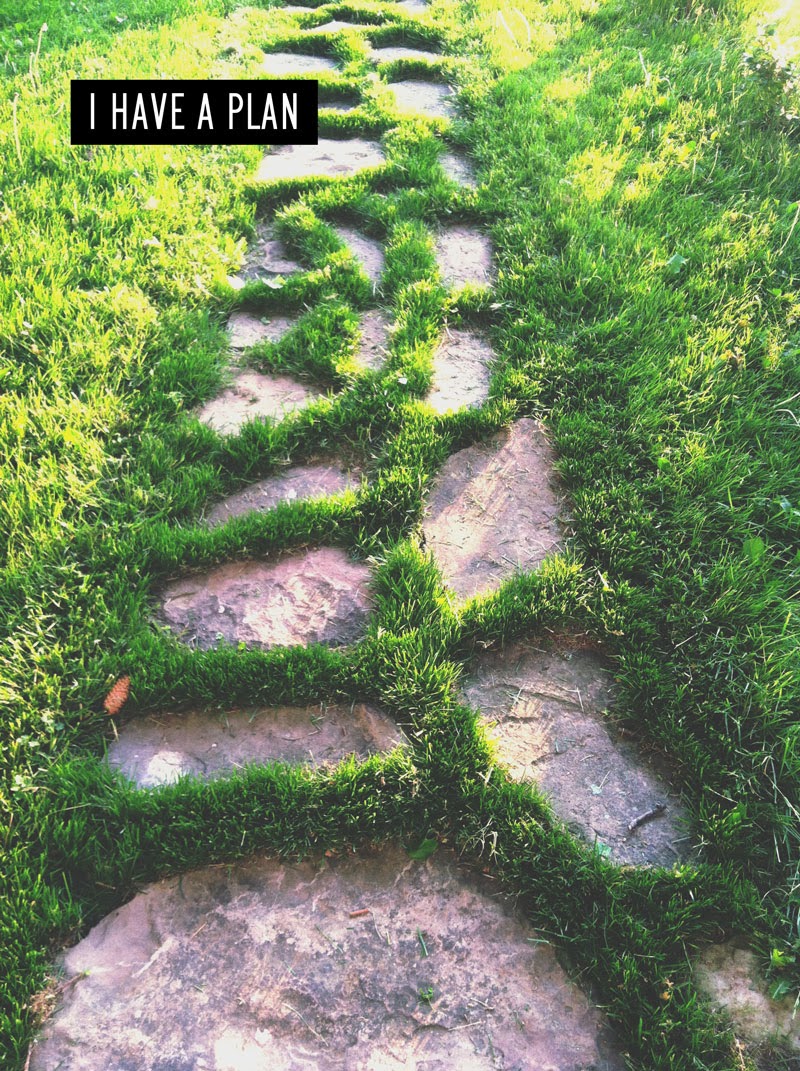 Allergies are the bane of my existence today. That’s all about that. New week, new mantra. And this one has already been a doozy. My mantra ties in closely with my commitment to do one thing from my Ideal Day for 40 days. And that is a plan in itself. Wake up early and discuss plans and intentions for the day with my partner and other half in life, Andrew. I emailed Kathleen this morning about how Andrew and I had a couple…. cathartic, is the best word to describe them (tears may have been involved on my part, yikes)… conversations last night and this morning around planning and expectations. Basically, there is a bit of conflict in our approaches to how we get things done. And when your lives are so intertwined, having two different planning styles will require compromise, which in turn can leave the person who is more introverted (in this case, Andrew) feeling encroached upon and the person who is more extroverted (myself) feeling lost and out of the loop. What we discovered and agreed upon after our discussions is that in our planning process, Andrew needs to be more verbally communicative about the steps that he usually internalizes in order to help give me direction, and I need to be more action oriented so our planning discussion feel productive to Andrew rather than just another chore. So how does this all relate to my intentions for today? I intend to try and sort through my discussion with Andrew and lead with my head and not my emotions, similar to how I’ve been trying to approach roadblocks at my job. This might sound counter-intuitive when dealing with a loved one, but I need to work on seeing Andrew’s feedback as constructive rather than critical because in the end, him and I are working towards the same exact goals and dreams, we just interpret the journey in different ways.

This all came about after Andrew read my about my “Ideal Dream Day” (another thing I will discuss more in a later post) and I was somewhat disappointed by his response. Which was that he felt “daunted.” He did say he was hesitant to use that word since it wasn’t a totally accurate word for what he was feeling. It was like that moment in Funny Farm when Chevy Chase asks his wife to read his manuscript and afterward she starts crying because it was that bad. This is also not a completely accurate comparison. Andrew didn’t think my interpretation of an “Ideal Dream Day” was bad. But instead of seeing it as an end-goal, he saw it as the cumulative effort of all the things it would take to get there.

My old COO at my job used to sometimes refer to brand positioning as “sausage making” – people like to eat the sausage, but they don’t like to see how it’s made. (Which this analogy might doesn’t apply to everyone since some people don’t east sausage at all, but you get the idea) This is sort of an apt analogy for me personally when it comes to dreaming. Sometimes, I just want to dream and not let all the reality that lies between me and that vision stop me from just… dreaming.

Okay, it’s super late so this might be total ramblings. I fell asleep earlier reading to Quil and then got up around 11:30 and am still awake. Today was hard in general but mainly due to the whole allergies thing. If my head is unclear on a normal day, with allergies I’m basically a zombie. But anyway. I did pretty well with my intentions today. There was good communication between Andrew and I. I was able to be decisive and more action oriented. There was one part of the day, where I felt like I was able to flex my proverbial wings in terms of focusing on steps rather than getting immediately overwhelmed. Andrew had dinner planned, had all the things he needed, but our plans got interrupted because he had to go help my parents move some things because my Dad had hurt his back. So, rather than be derailed by the fact that things didn’t go according to plan, we were able to change course smoothly. I took over and made dinner, something I might normally have felt too overwhelmed to attempt by myself with both kids (another aspect of my psyche that I’ll have to delve into another time). Now this might seem like a super minor, unimportant, non-issue for most people. And it’s not a huge issue for us. It’s not like we would normally fight about this and we averted one this time. Not at all. What it showed was that we can be agile in our approach to how we manage tasks without me feeling overwhelmed – simply by communicating and adjusting my perspective of the situation. Now, ask me how I feel when hormones are raging and the kids are screaming, and it might be a different story. But for today, we were good. Small victories!

Past Posts:
Mantra: Reflections on Week 1
Introduction to Creative/Life Coaching

{Photo taken in 2012 of the path to our side door that we never use, that I insisted that Andrew and I re-lay ourselves when I was 9 months pregnant with Ellis.}